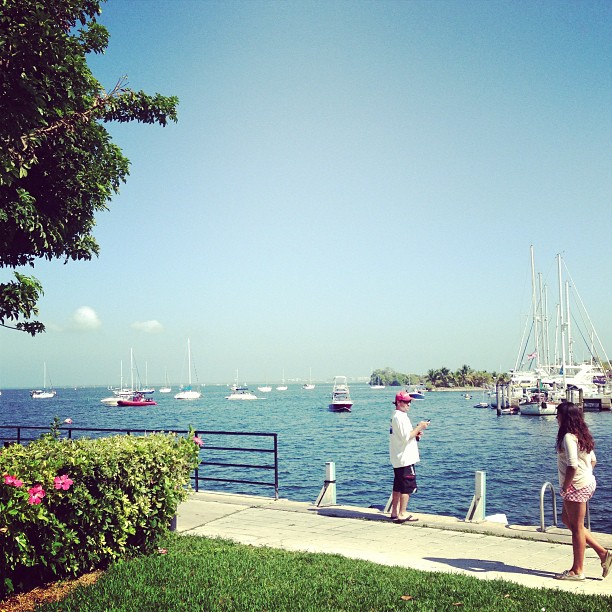 I’ve refrained from writing much in recent years about my neighborhood. I used to be a huge advocate of Coconut Grove, FL, so much so that random friends who hadn’t seen me in years  would bring it up after reading my blog. Why have I abandoned this soap box in recent years? Why did I decide to take up the megaphone again for this rare appearance? As someone who has been a community activist for so many years in Miami I have seen a disturbing trend emerge.  Our community fears change.

In its heyday of the late 90s (I’m referring to financial peak, not the good ol’ days that many of the old guard refer to, which were the 1960s), Coconut Grove was one of a handful of entertainment destinations in Miami. There was no competition from South Miami, Brickell, Wynwood, Design District, Coral Gables, etc. etc. During the aughts (2000s) Miami underwent a huge evolution or revolution and more entertainment options shot up all over. Brickell was no longer the dead zone it had been at night, Midtown was no longer a train yard, Wynwood was no longer a semi-abandoned/super-dangerous light-industrial zoned neighborhood. These areas all developed to fulfill the needs of the consumers. We live in a capitalist society, whereby the market drives supply and demand, not the government (regional or local).

Cities like Las Vegas (which bears a number of similarities to Miami) are turning over every few years, they tear down the old to make way for the new and better. How do they determine something new should go in place of something old? Capitalism. As these businesses fail, they are replaced. Similarly the free markets should determine the nature of what businesses come and go in Miami, especially in Coconut Grove.

Coconut Grove needs to realize that it is time to evolve. By stagnating and wasting years with infighting and petty squabbles and not having any action, the community has fallen by the wayside of economic growth that other areas of the city benefited from. Until the Grove starts to do something to save itself, why should I, one of the young renters in the area bother to try and save it. My time is better served working on issues that affect the whole of the Miami community, rather than a small section that although I hold dear to my heart, does nothing to help itself.

Communities across America need to embrace the idea of change, otherwise someone else will dictate that change for them.