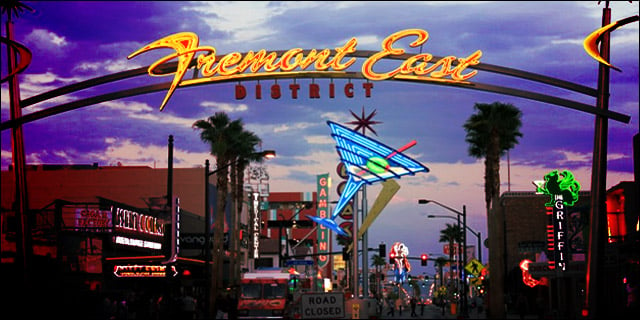 I’m in Las Vegas right now for the TechCocktail Celebrate conference, the Life Is Beautiful Festival, and to get a better understanding of how the Downtown Vegas Project is transforming this city. What we’re seeing in Las Vegas is truly awe-inspiring; seeing it in person makes it seem much more impressive than just reading stories about it.

Miami and Las Vegas share a lot of traits, both are entertainment cities, both have high numbers of transient residents, and neither are traditional startup or tech cities.  However, historically Miami and Vegas are truly different animals. Both have histories of being “sin cities” or places where people go to get away from their responsibilities and let loose, not where they go to do “serious work.” Miami and Vegas are both around the same age, both cities really were birthed around the turn of the 20th century, and both took many decades to find their footing.

What the guys in Las Vegas are doing with DVP is truly transformative. They are taking a dump, and let’s all be real here, downtown vegas was filled with run down buildings, bottom of the barrel casinos, pawn shops, junkies, and other riff raff, and turning it into something modern. They are taking these structures, the old shells of the past, and handing them over to a new generation of entrepreneurs to do with as they see fit. By offering up these resources in a dense area, they are increasing the collision factor involved in the community. You see similar collisions going on at Panther Coffee or the LAB Miami, but that is limited to a small subset of the population (not that many people can fit in either).

Many of the startups I’ve seen here remind me of the startups I’ve seen in Miami, but with their own distinct flavor. There doesn’t seem to be a strict set of verticals that are driving these startups, unlike in Miami where we’re seeing growth in a handful of verticals where the city is already strong. I’m not sure which is the best strategy for STARTING a community, but one could argue you get more diverse people with a wider array of startups (long term success I would bet on startups that feed into the existing ecosystems, as they need to feed off of the larger established players).

The key lessons we can take away from Vegas though are that someone needs to make a big bet. Tony Hsieh and his cohorts are effectively buying an entire ecosystem where there was none before. These bets span everything from real estate investments to small businesses (think coffee shops, etc) to startups and education. Can Miami find a few people with deep enough pockets to fuel this growth? What would it take to do this in Miami? Arguably it would require several billionaires to come together and stop building sky scrapers for condos in brickell (cough Jorge Perez), and build mixed use buildings (both offices, homes, and free community spaces) in the corridor around wynwood, midtown, and biscayne blvd.  The key is to take a page from the downtown vegas project and look at density of collisions, or Return on Collision factor.

Could we see an existing area repurposed? Perhaps. Downtown Vegas does benefit from the original investments 20,30, or 50 years ago (Gold Spike Casino is now a coworking space). Most of the affordable areas in Miami don’t have the existing buildings that could be retrofitted, but there are still areas with relatively lower cost land that could be repurposed.

In the end I think we need to see a balance between big money bets on our beloved city, learn from the urbanism movement Downtown Vegas Project is pushing, and see what would realistically work in Miami. Miami has a lot of assets at its disposal, now its just a matter of figuring out what they are, and getting them to act in concert.

So who will lead this effort to transform Miami into a city of the 21st century?