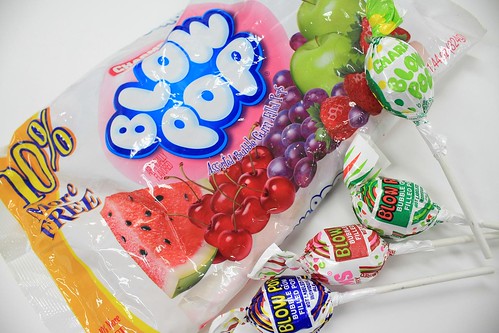 A few weeks back I talked about how I have learned a number of lessons over the years of entrepreneurship, from both successes and failures. My foray into entrepreneurship was probably in my blood, my grandfather had started a number of businesses in Panama throughout his lifetime, and I undoubtedly got the gene from him.

I’d like to take you back to the beginning of it all. I was 10 years old and in the fifth grade at Sunset Elementary School in South Miami, Florida, the year was 1992. As a kid I remember fondly when the ice cream truck would drive through our neighborhood, as it meant sweet treats were coming to ME. This is where my first business emerged. I realized I wanted candy in SCHOOL too, not just when the ice cream man came by. I figured if I wanted candy in school, so did my classmates, so I decided I was going to sell candy to them.

I told my parents about my idea, they thought something along the lines of “hey what’s the harm?” and took me to costco to buy candy. I used my meager savings from my allowance and bought my first box of blow-pops. I remember distinctly figuring out my per unit cost, it was a whopping $0.08/per lollipop. I sold them for $.25 each. No volume discounts, straight $.17/profit per unit. I was a 10 year old baller. I remember making $25 in my first week from the first 2 boxes i bought for $4.50/each.

Mind you we weren’t supposed to be selling candy in school, so I was like a 10 year old drug dealer selling candy under the table and in the playground between classes or before or after school. Eventually I quit selling candy, but not after I had racked up several hundred dollars which were plowed back into essentials like comic books, a remote control car, and well more candy.

So what were the key takeaways that 30 year old Brian would tell 10 year old Brian?
The problem:
Infinite demand for candy in school, limited supply available. Win win. Except ten year olds have extremely limited disposable income (who knew?!).

The solution:
Buy wholesale candy, and resell at 300% markup.

What I’d do differently:
I would have diversified the selection more (a/b testing flavors?). I eventually added airheads and jolly ranchers, but if I had truly understood how Marlo Stanfield would eventually rule the streets of Baltimore on the Wire (which didn’t exist for another 10+ years), I would have created a network of resellers in other classrooms. I would have sold wholesale at 2x the price I paid to kids in other classrooms and lowered my “risk” and made bulk profit from a larger customer base. Also I’d probably heed the future advice of the Notorious B.I.G. and “never get high off your own supply” which in elementary school candy terms means STOP EATING YOUR OWN CANDY!

Was this a lean startup? Sure in the sense that I had low overhead. However if I had been an oracle channeling Eric Ries, I would have pre-sold the candy to my classmates and then used the pre-sale money to buy the wholesale candy. But who are we kidding, I was 10, and just wanted more candy.