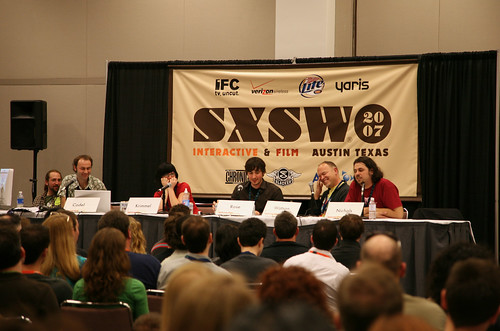 So just like a ton of other people, I am going to rant about why I’m skipping SXSW this year. This will be the first time since 2005 that I don’t make it out to SXSW, and I’m not really that heartbroken about it. In the 5 years I went, I met a lot of people, spoke on a panel at the event, and made lots of friendships that last to this day. The key thing I’ve gleaned from SXSW over the years has been the relationships. Being in South Florida, its hard to find a central meeting point for all my friends spread out across the globe, and Austin just so happens to be the easiest one.

So after all these years of going, why am I stopping this year? Well for one the price of getting there has skyrocketed. My first year I paid $150 for the ticket, now its $750. I paid $200 for my airfare that year as well, now the cheapest flights are $500. I paid $100/night for my hotel then, now, well there are no hotels at a reasonable distance. All in, it would probably cost me close to $2k just to visit Austin for a few days, and that doesn’t include my bar tabs. Sure I could probably crash on someone’s floor, or not get a SXSW pass, but getting into parties and such without the pass is a bit tough (not impossible though).

I miss the days when you could walk up to anyone and start chatting with them, and have them be someone whose blog you read or software you use, those days are largely gone. Now half the people there are sales reps for some new company trying to pitch you on their stuff. Sure they might give you a t-shirt, but its not the same as the personal connections.

What about the actual conference?
Well to be honest its tough to make a conference where speakers have to submit their topics in JULY the year before. Lots of stuff I could talk about in July 2010 might not be relevant anymore in March 2011. I don’t blame the organizers for this, because its tough to schedule 300 sessions out of 3000 submissions without tons of lead time. To be honest its been a while since I went to a panel and was truly inspired or learned something new.

Ultimately though, its the lines. As a person who abhors waiting in lines (I won’t go to a club if I have to wait more than 5 minutes to get in), I can’t fathom a party being fun if there are 300 people waiting in line to get in. So I guess SXSW has gotten too big for me to enjoy it anymore. I’ll be spending my two grand on something like going snowboarding or learning to surf this year.

I guess the signal to noise ratio is too high for me. :-/