The problems with reverse daily deals 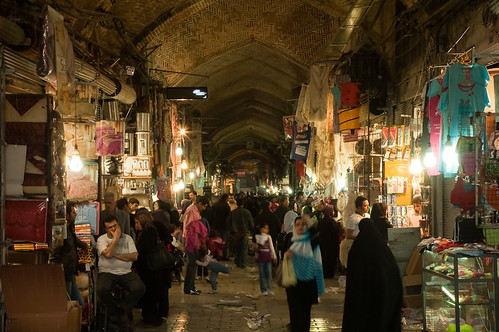 The other day Loopt announced it was starting “U-Deal” where the users can request a deal from individual businesses. Now don’t get me wrong, I like parts of this concept, and I have a hunch that there are going to be a number of people out there working on similar concepts.

So how does a reverse daily deal work?
You as the customer see a business you want a deal from. You then put up an offer of $10 for $20 of food. Enough people jump on your deal, and Loopt or whomever approaches the vendor and offers them the pre-sold deal. Sounds good right? Customers get a great deal, Loopt gets a cut, and businesses get cash and customers.

So why am I not sold on reverse daily deals?
My biggest fear with reverse daily deals is the possibility of the daily deal marketplace turning into a turkish bazaar. Once everything becomes negotiable online, vendors jobs become increasingly difficult. Imagine if you suddenly have the merging of flea markets and restaurants… not a pretty picture in my opinion. Furthermore, what happens to the confused customers who see the deals posted that the venue hasn’t approved or agreed to? Won’t these consumers get upset that Capital Grille isn’t honoring the $5 for $100 worth of food that 50 people “bought” on loopt?

So how can this model work and succeed?
First off, simplify the model, don’t make me invent a deal for you the broker, let me show my interest in a coupon or deal, and you and the restaurant work out the details. I wouldn’t trust the public to make anything other than 50% or 75% off deals. The most I’d attempt right now is letting people put deposits to get first dibs on a deal, at the very least you can use that cash as a carrot to potential vendors.

Now you know what I do like, what savored.com is trying with their model. Fairly simple, you pay $10 for a reservation at a restaurant, they tell you what times/days are available (think opentable + deals), and at the end of the meal, you get 33% off.

*note the Bazaar photo from above is of Tehran.