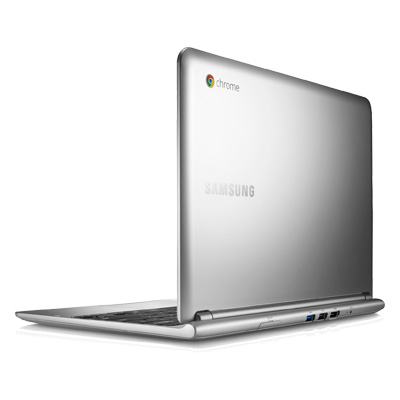 Last week I bought a Chromebook; you see I was having some issues with my mid-2012 13” Macbook Air, issues that seem to have gone away after reinstalling Mac OS X 10.9 (crossing fingers). The mac was showing signs of failing, and I figured I needed a backup laptop in case the Air was out of commission for a while. Admittedly I thought it would be neat to see what this laptop could do.

A brief disclaimer, I also bought an OLPC 6 years ago for the same reason (that thing was super useless), which I ended up shipping to Peru.

So I had high hopes for this $250 laptop. I saw it as a glorified tablet with a keyboard, rather than a bonafide laptop. I didn’t expect this device to be a real workable replacement for my MacBook Air, just a temporary bandaid. I had 2 functions I wanted this thing to do well: surf the web, and use google apps (drive/docs, and gmail) as those were my main uses. Unfortunately it doesn’t really handle either of those functions extremely well. Google docs/drive is very buggy on the built in browser (the whole thing runs everything through the chrome engine). Loading sites like facebook or other javascript heavy sites are slow to render as well. Sadly the few functions I had expected to use it for weren’t up to snuff. In the end I would have been better off getting an external keyboard for my iPad Mini, which surfs the web and works with docs better.

Note the model I bought was the Samsung ChromeBook XE303C12-A01US

Who is the Chromebook good for? Schools. I can imagine tons of schools snatching these up. This will also get google hooked into the youth of tomorrow where they associate Google/Chrome as the operating system for work, and perhaps android for their phones. I’m almost certain that Google is subsidizing these devices somehow. Should you get one? Maybe for your 10 year old, but I’m sure he/she would prefer a tablet.